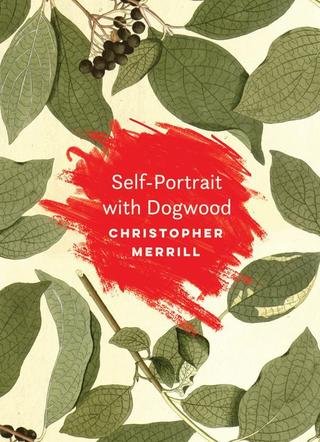 In the course of researching dogwood trees, beloved poet and essayist Christopher Merrill realized that a number of formative moments in his life had some connection to the tree named—according to one writer—because its fruit was not fit for a dog. As he approached his sixtieth birthday, Merrill began to compose a self-portrait alongside this tree whose lifespan is comparable to a human's and that, from an early age, he's regarded as a talisman.

Buy the book on Amazon and Barnes and Noble.

Boat (2013)
Boat records a series of passages over a decade, employing varied formal strategies: meditations and fantasias, prose poems and versets, lyric sequences and narratives, translations and ghazals.
Necessities (2013)
“Christopher Merrill is one of the most gifted, audacious, and accomplished poets of an extraordinary rich generation. His range of sympathy, subject, and tone has always been prodigious. His grasp of form is sure and in service of clear attention. This collection shows a complex talent developing and extending its original high promise.”
—W S Merwin
After the Fact: Scripts & Postscripts (2016)
"Prose was always meant for colloquy, risk, and intimacy. With these rich and conversant prose poems Marvin Bell and Christopher Merrill return language to sport—sometimes competitive, but often cooperative, exploratory, even humanely probative. What is a friend? Bell and Merrill demonstrate friendship is drawn from imagination."
–Stephen Kuusisto

"Christopher Merrill is on an ardent lifelong quest and luckily he is taking us along. His three journeys in The Tree of the Doves are deep, wandering investigations where the old world meets the new, where the person becomes politic, and where peace many times has just left the room..."

Things of the Hidden God: Journey to the Holy Mountain (2005)
"A gem that shows off Merrill-the-poet's gorgeous writing, and Merrill-the-reporter's sharp eye—and introduces a new Merrill, the pilgrim."
–The Spectator
Flash Fiction International: Very Short Stories from Around the World (2015)
A dazzling new anthology of the very best very short fiction from around the world.

Translations of excerpts from Christopher's book, Necessities into Italian, along with an essay by Giorgio Mobili. Read it here.